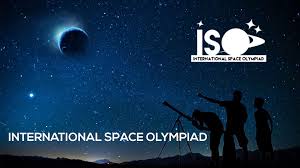 By The Sikh Daily Team on October 1, 2020
20
SHARES
ShareTweet
A 16-year-old girl from Amritsar recently received an invitation from NASA to finish the 2020 International Space Olympiad (ISO). Hissaa, a class X student at DAV Public School, was invited to visit the John F Kennedy Space Center in the U.S. for the first time in the senior ISO category. According to The Tribune, the resident of Amritsar scored 78.75 marks collectively in the preliminary, intermediate, and final examination administered by the International Space Olympiad.
Hissaa is the first Indian student to win a prestigious place in the senior category. When talking to the media outlet, the 16-year-old said the official announcement was a ‘dream come true.’
The student from Amritsar, who wants to be an astrophysicist, reportedly said that she competed with students from Singapore and Switzerland, as well as students from different parts of India. At present, Hissaa is waiting for the COVID-19 situation to be favorable so that she may visit her dream destination.
Hissaa announced that she registered for ISO in September last year, but that the first round of competition was postponed to January due to an ongoing coronavirus pandemic. The second round of the competition was held in June and the final round was held in August.
What is ISO?
The International Space Olympiad is an international space and technology quiz competition and students from classes 5 to 12 can take part in the competition. ISO aims to attract and encourage talent in the fields of space science and technology and enhance children’s skills in space science. It was first held in 2015, and since then it has rewarded true talents with wonderful prizes and laurels.
The 16-year-old credited her success to her father, Savrajinder Pal Singh, who is an MC engineer, and her mother, Kamalpreet Kaur, who is an English teacher at a government school. While talking about their contribution, Hissaa reportedly said that her father, with his engineering background, helped her to teach science. Her mother, on the other hand , made sure that Hissaa had a detailed understanding of astronomy.