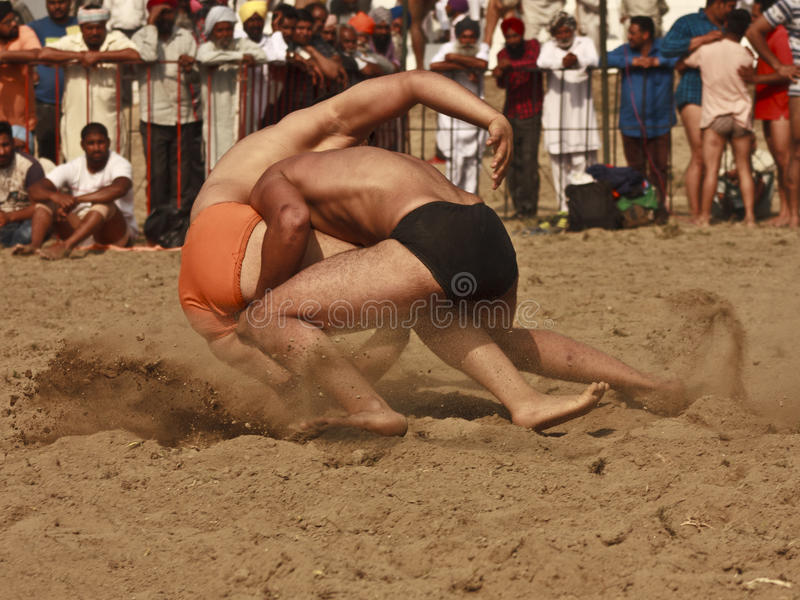 The Academy churns out best wrestlers for national, international game since 2 decades

By The Sikh Daily Team on September 26, 2020
The Jagjit Wrestling Academy in Wariana honours talented athletes. The Academy has prepared a variety of players who have played at both national and international level. Most of the players who have been training at the academy belong to economically backward backgrounds, but their aspirations are large enough not to let any problems come their way.
Former international player Jagjit Singh, now known as ADCP (Headquarters) Jalandhar, came up with the concept of training children. A total of 200 players are currently trained at the academy.
Rajinder Singh, a coach who has been associated with the academy since its inception, said that it was in 2001, when children from villages were called and educated.
“There used to be an akhara near the crematorium, and I used to train about 30 young children. We didn’t have mats back then, we would play on the field. But then Jagjit Sir saw that the players were doing well in the game, and in 2014, a proper academy was set up in Wariana, and there hasn’t been a look back since then. We’re increasing, “he said.
Until October 2016, only boys were taught wrestling, but it was only after Sakshi Malik won the RIO Olympics that the need to start wrestling for girls was eventually taken into account. There are many girls studying at the academy today.
The coach said that to ensure that no young child fell victim to drugs, the academy was started so that they could channel their energies in the right direction.
Whether they are the daughters of peasants, marginal farmers, and day-to-day wagers, girls are struggling hard to become star wrestlers one day. Prabhjot Kaur (13), a gold medalist, is very enthusiastic about the game.
Amarpreet of the district is another wonder, who has won seven medals and is polishing her skills. The daughter of a marginal farmer, Harpreet Kaur, is another warrior who won gold at the National School Games last year. And there are a few other girls who have made their parents proud by winning medals.
Coaches at the Academy are very proud of their pupils. Mandeep Sharma, an international coach, said they trained twice a day — in the morning and evening — before the pandemic.
“Refreshments and uniform were also given by the academy to the players, who have played at the state and national levels,” he said.
Another coach, Dev Anand, entered the academy a year ago. There is some support from the Sports Department, as the Department has provided wrestling mats and gym equipment.
Many players from the Academy have already played nationals, and many have also been deployed to the Punjab Police and the paramilitary forces.
Achievements:
Players trained at the academy have participated in several international championships including the Junior World Championship and World Police and Fire Games.
While Jaspreet Kaur participated in Junior World Championship in 2019, Pardeep Kumar won gold in World Police and Fire Games in 2019.
Among national championships, two players — Badal Singh and Gagandeep — were selected under the Khelo India Programme. Apart from this many have won medals in National School Games.