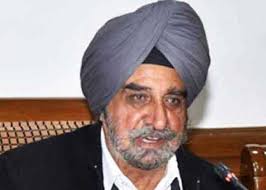 By The Sikh Daily Team on September 26, 2020
21
SHARES
ShareTweet
The Higher Education Minister also said that the Kala Afghan College of Physical Education will provide young people with new opportunities in the field of sport and achieve new heights.
To empower youth in the state’s border districts, the Punjab Government has established the Kala Afgana Government College as a physical education college and opened a new Graduate College in Ladhupur, Gurdaspur District.
According to an official release, the Punjab Higher Education Minister, Tript Rajinder Singh Bajwa said, “The Punjab Chief Minister Captain Amarinder Singh has fulfilled the long pending demand of the people of the border area with this visionary decision.”
The Higher Education Minister further said that physical education college at Kala Afgana would provide new opportunities in the field of sports to the youth and reach new heights.
“This college has been made a constituent college of newly established Sports University at Patiala,” he added.
He continued saying that besides this, the new degree college at Ladhupur would be very helpful to the students to pursue their higher studies at their nearby place as they do not have to travel far away, especially the girls from the rural area.
“The Punjab Government would also introduce new job oriented professional courses in the Ladhupur college to make the youth of this area employable,” the minister added.
Rahul Bhandari, Secretary, Higher Education informed that the building of the Ladhupur college is ready; the staff has been provided and classes would begin from this session itself.
He also mentioned that no employee of Kala Afghana College is retrenched; the whole staff has been shifted to Ladhupur College.