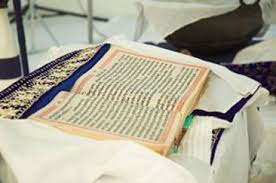 By The Sikh Daily Team on September 26, 2020
After 90 years of safekeeping, the Pakistani Sufi organization moved 110-year-old copies of rare Guru Granth Sahib manuscripts to the Gurdwara in Sialkot, the media announced on Thursday.
According to the head of the Mitr Sanjh Punjab organization Iftikhar Warraich Kalravi, the two manuscripts had long been in the custody of Pir Syed Munir Naqshbandi, the revered Sufi elder from Kalra Dewan Singhwala in the Gujrat district, reports The Express Tribune.
Known to be a champion of interfaith harmony, Naqshbandi provided refuge at his residence to a few Sikh families trying to flee ethnic violence before partitioning.

“Apart from sheltering the family, he had also salvaged some of their religious scriptures and kept them from being desecrated. Among them were the two manuscripts of Guru Granth Sahib. When the Sufi elder passed away in 1950, he had left the scriptures in the safekeeping of his children and since then they have remained with the family,” Kakravi told The Express Tribune.

Kalravi said that Naqshbandi had always campaigned for Muslim-Sikh brotherhood and also for interfaith harmony in general.

“He was known for his kindness and this what led to the revered Sikh manuscripts coming into his possession. After over 90 years of safekeeping within the Pir’s family, we have now decided that the manuscripts should now be rightfully transferred to the Gurdwara Baba Di Beri.

After being left in dismal state for over 70 years, the Sialkot gurdwara was restored in 2015 following which it once again started welcoming Sikh pilgrims and devotees.