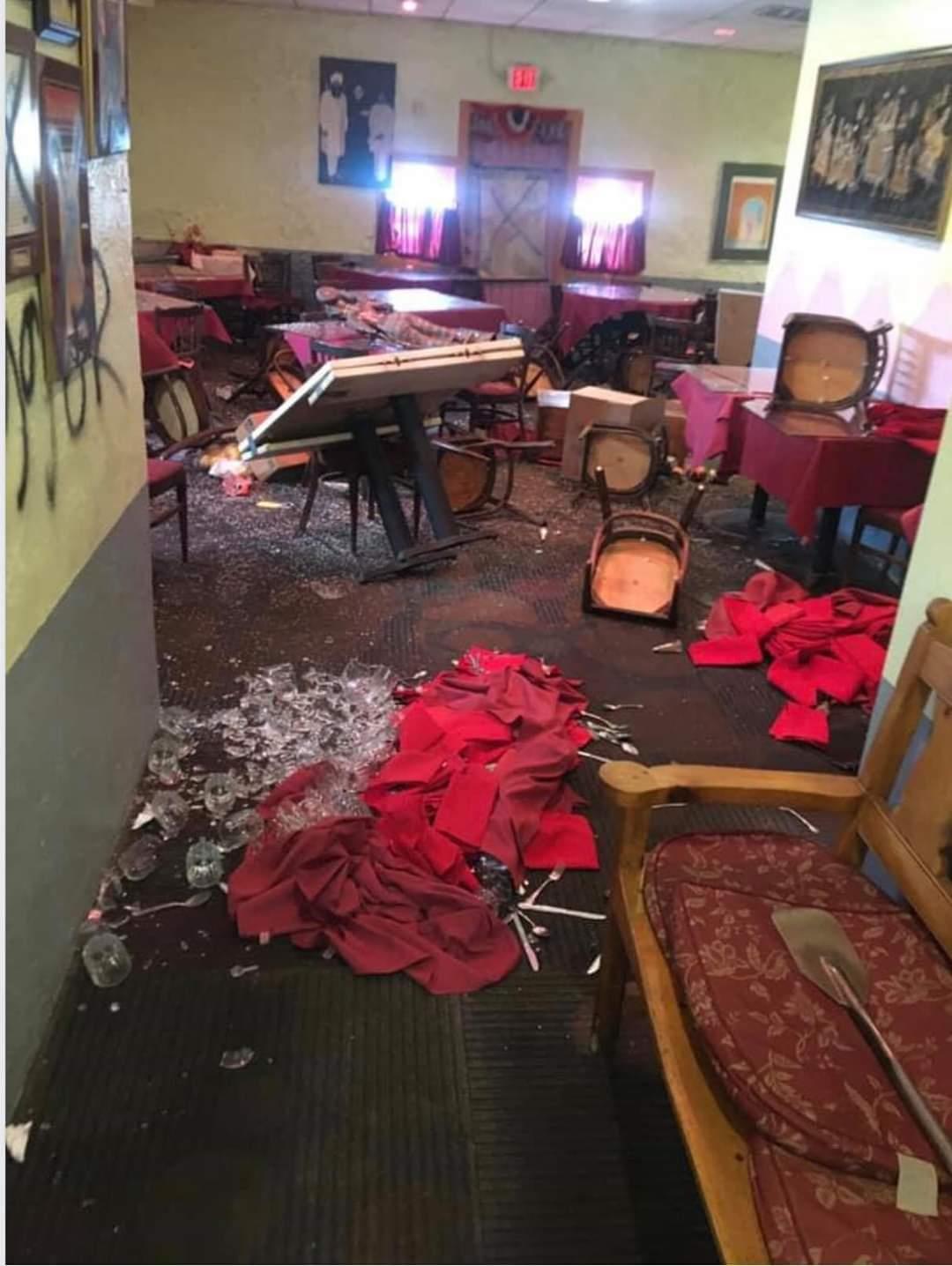 Indian restaurant vandalised in US, racist graffiti written at site

An Indian restaurant has been vandalised with racist graffiti written amid the devastation left by the attack in New Mexico state, according to media reports.

Local leaders and the community are rallying behind the Sikh-owned restaurant, India Palace, in Santa Fe, which suffered $100,000 in damages during the attack discovered on Monday, the Santa Fe New Mexican newspaper reported.

Besides causing extensive damage to the restaurant, the vandals had written slogans in support of President Donald Trump and “White Power”, and racist remarks like “Go Home”, according to the Santa Fe Reporter.

It said that the kitchen was completely made unusable, tables were overturned, glassware was smashed, wine racks were emptied, the statue of a “goddess” was beheaded and computers were stolen.

The restaurant had reopened only recently after being closed due to the Covid-19 restrictions.

Governor Michelle Lujan Grisham tweeted on Tuesday, “We will not stand for such hatred in New Mexico.” She added that she had spoken to restaurant owner Bajit Singh to “let him know that our community is with him”.

Mayor Alan Webber described the vandalism a “sickening and appalling” hate crime and vowed, “We will find whoever did it and punish them to the full extent of the law.” He said, “The Singhs are a long-standing Sikh family that has used its own resources to feed homeless Santa Feans through the goodness of their hearts. For them to be attacked this way breaks our hearts.”

The Singh family distributes free packages of food and sanitary products for homeless people in the area and these items were stolen during the attack, according to the Reporter.

The Reporter said that five fundraising campaigns had been launched to help the restaurant.

A ‘GoFundMe’ campaign by another restaurant Paper Dosa had raised more than $35,000, the New Mexican said.

One of the pictures of the graffiti posted on the Reporter’s website was against the terrorist organisation Islamic State.

Council on American-Islamic Relations National Communications Director Ibrahim Hooper said in a statement, “This disturbing hate attack once again demonstrates that growing white supremacy, xenophobia, Islamophobia and racism target every minority community and must be challenged by people of all races, faiths and backgrounds.” IANS