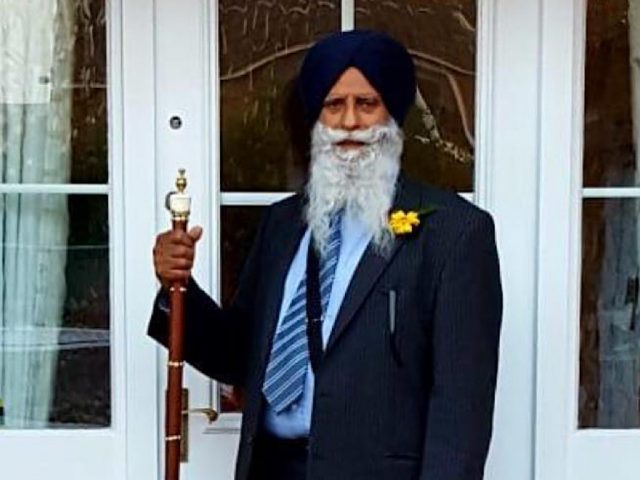 Tributes to pillar of Sikh community in Bedford

By The Sikh Daily Team on April 27, 2020
Advertisement

Darshan Singh Garcha is remembered across Bedford with tributes being paid to the “Pillar of the Sikh community.” Garcha was the President at Guru Nanak Gurdwara Bedford, The father of four  sadly passed away on the 23 April 2020 at the age of 80.

Darshan Singh volunteered much of his time to the Gurdwara, from organising events, to helping with the day-to-day running. He was heavily involved in the newly built Gurdwara on Ford End Road in Queens Park which opened in 2007. Darshan Singh came to England in the 1960’s with his father, followed by his mother, wife, four brothers and sister.

With nothing to his name, he taught himself to speak, read and write English. He raised his four children in England and was fortunate enough to be blessed with 11 grandchildren and two great grandchildren.

He originally set up in Bletchley where he worked on building railway and underground networks used by many of us today. He and his family moved to Bedford in the 1980’s. Darshan Singh owned a newsagents on Brackley Road for many years, settling in Elstow, Bedford.

He loved darts and participated in many tournaments with his brothers and friends. He was a passionate darts fan and would love to sit down and watch darts whenever he had the opportunity.

Darshan Singh Garcha was a practicing Sikh and devoted his life to Seva (Selfless service) in the community. He became the President of Guru Nanak Gurdwara Bedford. He was a true gentleman and highly respected by all that knew him. An honest, kind and self-motivated man who appreciated all aspects of life.

He leaves behind an invaluable message that will inspire and live on through all that knew him; Stay peaceful, don’t be judgemental and with hard work you really can succeed, even if you start out with nothing.

A role model in the eyes of many, he touched so many hearts and will be deeply missed by family, friends and the wider community. “The congregation of the Gurdwara are devastated with the loss of our beloved President,” said Dalvir Singh Panesar, General Secretary.

“Mr Garcha was a fit and healthy man with incredible energy for an 80 year old. He spent most of his time at the Gurdwara serving the Sikh community.“He is a massive loss to the Gurdwara and local community. He will be dearly missed.”