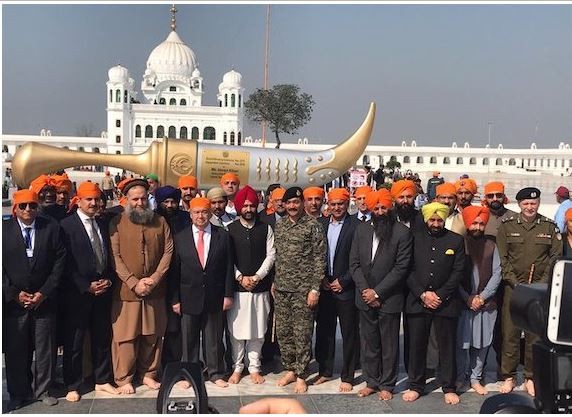 By The Sikh Daily Team on April 27, 2020
Advertisement

After a long and unnecessary delays by the Indian governments to evacuate Sikhs pilgrims stranded at Takht Hazur Sahib Sachkhand in Nanded, the first batch of 219 Sikh devotees reached on Sunday.

On their arrival to Punjab, the pilgrims thanked the state government and various political and religious organisations for arranging for their safe return.Scores of Sikhs were stranded at the Nanded shrine, one of the five temporal seats of Sikhism, since the countrywide lockdown was enforced to combat the coronavirus outbreak. Bathinda deputy commissioner B Srinivasan said the pilgrims were from 13 districts of Punjab and one from Chandigarh. Of them 56 were from Amritsar, 32 from Jalandhar, 21 from Bathinda, 22 from Moga, 16 from Sangrur, 11 from Batala, while nine belonged to Fazilka district, an official said.

“After medical screening, the pilgrims were allowed to move further to their places in the designated buses. All pilgrims were found asymptomatic for Covid-19. The Bathinda residents have been directed to strictly follow home quarantine protocol,” the DC said. Officials said another batch of pilgrims is expected to reach Bathinda on Monday afternoon.

“Arrangements have been for screening and providing medical aid to the pilgrims arriving here in the next few days,” tehsildar Sukhbir Brar said. Hardeep Singh of Ghulal village in Ludhiana district’s Samrala thanked the state government and the gurdwara committee for ensuring all necessary arrangements for the pilgrims.

“The government doctors in Maharashtra were carrying out screening of all the pilgrims once a day. Besides, the administration and the gurdwara committee provided langar to all,” he said. Amarjit Singh, a pilgrim from Gate Hakima locality in Amritsar, said, “We were forced to stay at Nanded for 40 days due to the lockdown and it was really tough for us even as we face no problem there in terms of accommodation and food.”

“When we came to know about the efforts being made by the state government and religious bodies, and got phone calls from Punjab, our morale got high,” Kulwant Singh of Ramdas village of the district who will reach by midnight in the second batch of pilgrims.