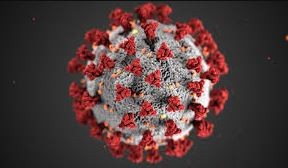 By The Sikh Daily Team on April 24, 2020
Advertisement

With 60 percent of Sikhs in the UK died of COvid-19 in past few weeks, a review has been announced by the Labour Party to study the disproportionate impact of the coronavirus pandemic on the country’s minority ethnic populations.

Labour Party Leader Keir Starmer hosted a digital roundtable alongside ministers from his shadow cabinet and representatives from Britain’s minorities communities to kick-start the process of analysing the factors behind black, Asian and minority ethnic (BAME) groups being more likely to be admitted for intensive care and die from Covid-19.

It is extremely concerning to see the disproportionate toll coronavirus is taking on our BAME communities. We cannot afford to treat this as an issue to investigate once the crisis is over. We must address it now, said Starmer.

In the face of this national emergency, Labour will continue to work constructively with the government. That includes shining a light on issues where it is clear more detailed understanding is needed, he said.

The Opposition’s review follows the UK government’s announcement that Public Health England would be leading an investigation into the factors behind the higher death rates and more severe symptoms of the novel coronavirus among Indian and other ethnic minority communities in the country.

The first set of NHS England data broken down by ethnicity revealed this week that people of Indian-origin were among the worst affected minority groups in England, making up an estimated 3 per cent of the death rate from Covid-19. BAME groups made up 16.2 per cent of the overall death rate, higher than their 14 per cent proportion within the wider population.

Figures from the UK’s Intensive Care National Audit and Research Centre show that 34.5 per cent of patients in intensive care for Covid-19 were from BAME backgrounds and all 14 doctors from the National Health Service (NHS) who fell victim to the deadly virus were from ethnic minority backgrounds.

All the early signs suggest BAME communities and healthcare workers are disproportionately bearing the brunt of coronavirus, said Marsha de Cordova, Labour’s Shadow Secretary of State for Women and Equalities.

Across our frontline are huge numbers of BAME doctors, nurses, bus drivers and other BAME key workers. Every day they put themselves in harm’s way to save and support the lives of others. We must do everything to protect them, their families and communities who have been hit hardest by the virus, she said.

The Labour Party has appointed a new Race Relations Adviser, campaigner and Labour peer Baroness Doreen Lawrence, to oversee the review and the wider race relations work for the party. Black, Asian and minority ethnic communities have long been disadvantaged by the social and economic injustice which still exists in our country. There is a clear and tragic pattern emerging of the pandemic’s impact on those communities which must be better understood, said Lawrence.

Other experts part of the review launch included Harun Khan of the Muslim Council of Britain, Simon Woolley of Operation Black Vote, Jas Khatkar from the Sikh Network, Dr Chaand Nagpaul -British Medical Association’s Council Chair, among others. Sikh Federation UK said its representatives presented latest data being collated from funeral directors that shows in the last three weeks over 60 per cent of all Sikh deaths are linked to Covid-19.

British Sikhs believe one of the reasons why elders in the Sikh community have been affected is in part due to known underlying health conditions, such as diabetes and heart disease. The extended family system with several generations living under the same roof has also proved a challenge in terms of effective self-isolation for those at greater risk from the virus.

Some speculation that economic deprivation rather than ethnicity may be a factor behind the death toll disparity has been dismissed by the British Sikh community. Deprivation is clearly not relevant for the hard working and affluent Sikh community, said Sikh Federation UK, calling for targeted and specific timely advice for the most vulnerable within minority communities.