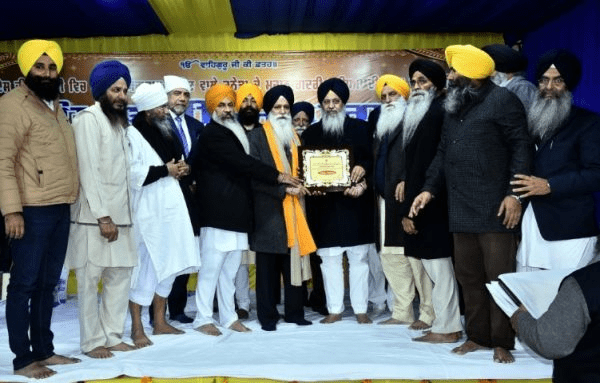 Sikhs honoured in April for their contribution to Canadian law enforcement

In Canada, April is celebrated as Sikh Heritage Month when the contributions of Sikh Canadian community members as well as to the Royal Canadian Mounted Police is honoured.

Canada is unique across the world in its celebration of Sikh Heritage Month, first in Ontario, then in British Columbia, and as of last year enshrined into law across the nation. This annual recognition is a testament to the lasting impact the Sikh-Canadian community has had on all facets of Canadian society.

The Sikh community has a long and proud history in Canada, first arriving in 1897 as part of a military contingent for Queen Victoria’s Diamond Jubilee. While today Sikhs live all across Canada, the first immigrants settled predominantly in the Vancouver area, where the first Canadian Gurdwara was built in 1907.

Sikhs are known and respected across the world for their longstanding tradition of service in the armed forces and law enforcement. In World War I, Sikhs fought proudly alongside British and Canadian soldiers. Their service continues in the Canadian army, navy, air force, and of course, throughout the ranks of the Royal Canadian Mounted Police.

Canada is strengthened by our commitment to upholding equality, respect, and freedom for all. These are values shared by the RCMP, placing a priority on making sure that RCMP Members reflect the diversity of Canadian communities.

There is no greater example of this, than Baltej Singh Dhillon who became the first turbaned RCMP officer in Canada in 1989, and blazed a path for future generations. Today, children from multicultural households across Canada can dream of growing up to become RCMP officers, regardless of race or religion, because of Dhillon’s example. My own experience as an RCMP officer in British Columbia goes back to 2004, and I have cherished working for a police force that embodies the diversity of Canadian languages, cultures, and religions.

For many years now, the RCMP have participated in Vaisakhi celebrations across the country, including Surrey Vaisakhi, the largest Vaisakhi celebration outside of India, which annually brings together Canadians of all backgrounds to celebrate the birth of the Khalsa. This year’s Sikh Heritage Month will not be the same without the very social celebration of Vaisakhi, but we can continue to honour the principles of kindness and hospitality as we address the unprecedented challenge of COVID-19.

In difficult times the Sikh-Canadian community has always risen to the occasion with their “seva”. I have been so inspired by the actions of Gurdwaras all across the country, who have supported first responders, truckers, and food banks throughout this global pandemic. The kindness and generosity of their service to others cannot be overstated.

We will get through these challenging times together. Canada is known across the world as a place of diversity, equality and respect for all. However, it’s not in the good times but in the challenging times that these principles shine the brightest. Kindness rooted in respect for everyone is what will see us through this global pandemic. These values are shared by the Sikh-Canadian community, whose immense contributions have made our country an even better place for all Canadians. In this way, Sikh Heritage month is a time to reflect not just on the history of Sikh Canadians, but also on the history of Canada.