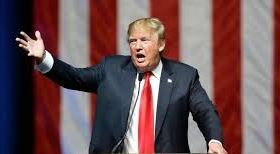 US must step in to save Sikhs in Afghanistan

As many as 25 Sikhs lost their lives after Islamist terrorists opened fire on the congregation in Gurdwara, which showed Afghanistan cannot protect Sikhs. So the United States can take measures to stop the persecution of Sikhs in Afghanistan

The images from the terror scene were horrifying. Fresh corpses lying limp in a house of worship. Streams of red underfoot as firefighters washed away the blood. Family members in their most tender moments of grief.

On Thursday evening, the Sikh community in Kabul came together to grieve the murdered and cremate their bodies. That service was also disrupted, by a bomb blast.

For Sikhs in America, the two attacks felt much closer than they were. Thanks to cable news, people watched the footage in almost real time as the news broke. And they have experienced our own terror attacks here: On Aug. 5, 2012, a white supremacist walked into a Sikh place of worship in Oak Creek, Wisconsin, and massacred the congregation.

How do we make sense of violent extremists who come into our sacred spaces with hate in their hearts? And how do we keep ourselves from being victims of their anger and hate and violence?

The terrorist attack in Kabul targeted a 400-year-old gurdwara, a relatively old community for Sikhism, given its founder, Guru Nanak, was born only 550 years ago. Sikhs have made Afghanistan their home for centuries. Yet, they, along with other minorities, have been pushed out in recent years due to increasing religious intolerance and violent terrorism like the attack that took place on Tuesday evening.

The ISIS attack falls into a recent pattern of violence targeting religious minorities in Afghanistan and is part of a concerted effort to wipe out Sikhs for the country. In 2018, a suicide bombing in Jalalabad claimed more than a dozen  lives, including a Sikh political candidate running for office, whose assassination may well have been the point of the attack. Under Taliban rule in the 1990s, the Afghanistan government asked Sikhs to wear yellow armbands to identify themselves, a practice reminiscent of Nazi Germany.

Reflecting on this religious intolerance, the long history of anti-Sikh violence in India and the racism in Western countries like Australia, England and the United States, one has to ask: Is there anywhere Sikhs can live with safety and dignity?

Many have sought refuge elsewhere. In 2019, Canada opened its doors to 65 Afghan Sikh and Hindu refugee families. As he facilitated their entry and welcome, Canada’s minister of immigration, Ahmed Hussen, shared in the House of Commons his concern about the persecution of Hindu and Sikh minorities in the country and why he believed Canada should play a leading role in resettling these refugees.

There a few measures the United States can take to stop the persecution of Sikhs in Afghanistan. For one, people need to do more to acknowledge and bring attention to the deadly ongoing human rights crisis there. In 2019, the U.S. government provided approximately $5 billion in aid to Afghanistan. Moving forward, some of that aid must be made contingent on protecting religious minorities in the country.

But before there are more attacks, it is morally imperative that the White House make sure that the remaining few minority families in Afghanistan have safe refuge in the United States or Europe.