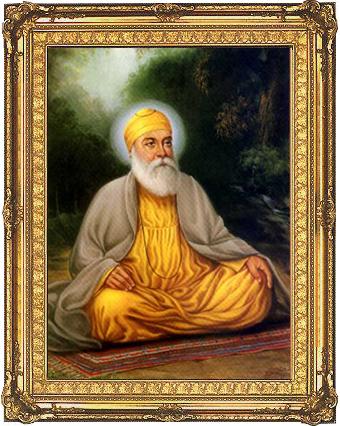 Sikhs in California demands inclusion of Sikhism in curriculum

The new ethnic studies model curriculum in California should have information about Sikhism in a meaningful way, the Sikh organisations has demanded. The Sikh coalition and Jakara Movement believed that the original draft did not have proper information about the Sikhism, which led them run an online campaign to make corrections.

Now the content is now undergoing another review period. The Sikh Coalition is a national organization based in New York with additional staff in California, Illinois, and Washington, DC.

In a statement released by both organizations, they said, “The Sikh Coalition and the Jakara Movement are partnering to ensure Sikhism’s meaningful inclusion in the state of California’s Ethnic Studies Model Curriculum. In 2019, California released the first draft of an ethnic studies curriculum for K-12 public schools. The draft is now up for revision and public comment, and as community-based Sikh organizations, the Sikh Coalition and the Jakara Movement are submitting recommended changes to the curriculum to better reflect the history, culture, and contributions of Sikhs.”

California is home to roughly half of the 500,000 Sikhs living in the United States. Since first arriving on the west coast more than 125 years ago, Sikhs have played an integral role in the social and economic fabric of California. In fact, early Sikh immigrants who settled on the Western frontier played a major role in building America’s railroads.

Stockton is the site of the first Gurdwara in the United States which opened on October 24, 1912, and still welcomes worshippers and visitors today.

Moreover, many notable Sikh Americans have ties to California. Dalip Singh Saund, the first Asian American to serve in Congress–who also identified as Sikh–served California’s 29th congressional district from 1957 to 1963; Sikh physicist Narinder Singh Kapany, who is widely considered to be “the Father of Fiber Optics,” has taught and researched at several California universities. In recent years, many Sikh Americans have run and even won elected positions in political office locally across the state.

The media statement said, ” The Sikh Americans help make up the backbone of California as farmers, drivers, engineers, and construction workers. They appear in all walks of life, from teachers and pilots to musicians and doctors, and from civil servants and social activities to philanthropists and movie actors.”

The joint petition was first launched on March 13, hundreds have signed their names in support of Sikhism’s meaningful inclusion in this new curriculum. In addition to circulating the petition, the Sikh Coalition and the Jakara Movement are working together to rally California gurdwaras to endorse a sign-on letter to state education authorities.

“Of course, these are just the first steps to implore them to make the changes we are suggesting. The Ethnic Studies Model Curriculum will not be finalized until March of 2021.” Said the statement.

The online petition will be open until April 17 for signing. Community appealed to California dwellers to sign the petition to make the Sikh voice heard in support of these inclusive changes.

“Between now and this time next year, the state education authorities are likely to release a revised draft incorporating any recommendations and engaging in further public input; the Sikh Coalition and the Jakara Movement will continue to monitor the situation and take further action as is necessary.” The statement added.