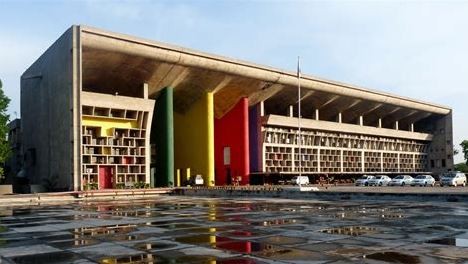 The Punjab and Haryana High Court has upheld the decision of the National Commission for Minority Educational Institutes granting Sikh minority status to the Sector 26-based St Kabir School.

About six years ago, the commission had passed an order according Sikh minority institution status to the school, following which the UT Director, School Education, filed a petition before the High Court. Less than two months after the conclusion of a marathon hearing on the petition, Justice Sudhir Mittal of the High court today dismissed the petition. The detailed judgment in the matter was not yet available.

Available information suggests the school, as a necessary corollary of the order, will be able to admit general category students against 25 per cent seats reserved for students from economically weaker sections (EWS).

This is because the Right to Education Act makes it clear that minority schools are not bound to reserve 25 per cent seats for the EWS category in entry-level classes. The counsel for the petitioner had, in fact, submitted before the High Court during the course of the hearing that the provisions of the Right of Children to Free and Compulsory Education Act, 2009, were not applicable to the minority education institutions.

The judgment has paved the way for the school to complete its admission process. The school, in a public notice issued earlier this year, had made it clear that the draw of lots for 25 per cent or 22 seats would not be done till the decision by the High Court.

The education society running the school was represented by senior advocate Rajiv Atma Ram, Arjun Pratap Atma Ram and Brijesh Khosla. The High Court judgment also indicates that the commission could declare a school’s status minority education institution. One of the arguments raised before the High Court by the UT was that a notification dated February 30, 2006, was issued by the Ministry of Law and Justice, Government of India, designating UT officers for grant of a no-objection certificate for institutions imparting education for the establishment of minority education institution in Chandigarh. The Director, Public Instruction (Schools), UT, was appointed as the designated officer for grant of a no-objection certificate. The notification was followed by another notification and the officer for the purpose was changed to the UT Director, School Education. It was further submitted that as per Section 10 of the National Commission for Minority Educational Institutions Act, 2004, a person desirous to establish a minority education institution was required to apply for the grant of a no-objection certificate to the competent authority. It was further submitted that no such application was ever filed by the respondent school to the competent authority. The Bench was also told that the educational institution was run by a society, the Kabir Educational Society. The object of the society, mentioned in the Memorandum of Association, was to “profess the philosophy of the great mystic St.