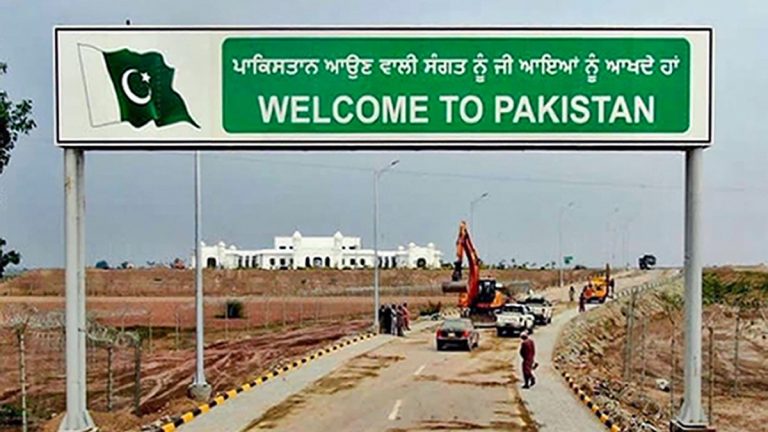 Pakistan’s Executive Committee of National Economic Council (ECNEC) has approved six development projects which include upgradation of the Kartarpur Corridor.

Adviser to Prime Minister on Finance and Revenue Dr Abdul Hafeez Shaikh headed the ECNEC meeting, which sanctioned the development project of Kartarpur Sahib corridor was also sanctioned as the members gave ex-post facto approval for it.

Winder Dam will be constructed across Winder River in Balochistan’s Lasbela district. The project has been approved without Foreign Exchange Component (FEC) and with the condition that command area development and land acquisition components would be started in parallel to the main project by the provincial government.

The Balochistan government would ensure completion of the project within approved scope and cost, said a press statement issued by the Finance Ministry, adding that in case of further revision, the increase in cost would be borne by the provincial government from own resources. The projects is expected to be completed in four years time, it added.

The Kachhi Canal project (remaining works of Phase-I) at Dera Bugti district of Balochistan was also approved at the revised cost of Rs22,921 million without FEC, with the recommendation that there would be no deviation from scope and cost firmed by the follow-up committee constituted by Central Development Working Party (CDWP).

A component of detailed engineering design, tender documents, PC-Is for phase-II and phase-III costing Rs120 million had been added in the cost summary of the project which would be actively pursued. The Balochistan Agriculture Department would ensure resolution of land settlement issues and development of command area of 102,000 acres to be developed by December 2020.

The responsibility of technical soundness of design would rest with the project consultants NESPAK and no deviation from the design will be made in the project which is expected to be completed in 3 years from the date of approval.

The Pakistan Raises Revenue project including its IPF Component – for Federal Board of Revenue (FBR) headquarters Islamabad – was approved at the total cost of Rs12,480 million with FEC component of US$ 80 million. The aim of the proposed programme is to eliminate the country’s fiscal constraints through sustainable increasing revenues and reducing tax expenditure by broadening tax base and modernising FBR with advanced ICT-based operations under its transformation roadmap.

The proposed project is part of World Bank’s funded IDA soft loan amounting to US$ 400 million. The loan has two components including $320 million for result based disbursement linked indicators (DLI) based financing and $80 million for its traditional investment project financing (IPF). Up-gradation of connectivity of FBR offices through installation of ICT equipment at all FBR offices and Customs control posts for data sharing and communication is envisaged under the project.

The committee directed that FBR should give a detailed presentation on the strategy for the utilization of the funds specially the DLI component and its impact on the Human Resource Building at its headquarters in the next meeting of ECNEC.

Ex-post facto approval for the development of Kartarpur Sahib corridor on EPC/ turnkey basis phase- I (Gurudwara Kartarpur Sahib District Narowal) at a modified cost of Rs16.546 billion was also granted by ECNEC.

Lahore Water and Wastewater Management Project – Sewerage System from Larech Colony to Gulshan-e-Ravi, Lahore through trenchless technology was approved by ECNEC at the revised cost of Rs14.43 billion. The cost includes Rs14.165 billion worth AIIB loan (US$256 million) in addition to already incurred amount of Rs0.265 billion.

The project aims at comprehensive and detailed design of sanitation system for disposal of sewerage and wastewater from Larech Colony to Gulshan-e-Ravi, Lahore through trenchless technology. The project intends to ensure efficiency in safe and quick disposal of sewage and wastewater by laying of trunk sewerage system and to develop a comprehensive and technically viable plan.

The construction of Eastern Wastewater Treatment Plant (44 mgd) of Faisalabad City (Phase-I) at the total cost of Rs19.071 billion was also approved by ECNEC. The foreign component of the project includes loan and grant from the government of Denmark (DANIDA) amounting to Rs17.238 billion. 35 per cent of amount is grant and loan component is 65 per cent to be spent on the project.

Abdul Hafeez Shaikh directed for setting up a committee with Minister EAD and Deputy Chairman Planning Commission to prepare a mechanism for planning disbursement of necessary aid in a fair and transparent manner where all provinces have an equal chance of getting a fair share according to their developmental needs and the priorities of the Pakistani government.