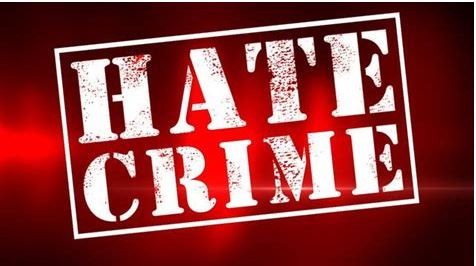 World Sikh Organization of Canada has joined 41 other groups in an initiative led by the Centre for Israel and Jewish Affairs (CIJA) in order to seek government action in the wake of online hate activities against minority communities.

Last year on April 20, an estimated 500,000 people gathered in Surrey, B.C. to celebrate the Sikh community’s annual Vaisakhi festival. Organizers said it was the largest such gathering anywhere in the world and, naturally, it attracted media attention. Responding to a news story about it on Facebook, one person wrote, “Imagine what one pressure cooker bomb could have done….Missed opportunities suck.”

Balpreet Singh Boparai, legal counsel to the World Sikh Organization of Canada, mentions that incident as an example of why civil society and the Government of Canada need to address online hate.

That incident, along with the 2012 shooting in a Sikh temple in Oak Creek, Wis., that killed six, highlight the view that hate that incubates online can have real-life consequences, Boparai said.

On Feb. 4, 42 organizations sent a letter to Justice Minister David Lametti calling on the government “to move forward with its policy on online hate based on the work done by the (House of Commons standing) committee (on justice and human rights).

“While the signatory groups to this letter might have their own specific issues with some recommendations contained in the committee’s report, we all agree that it is a good starting point,” the letter states. “For vulnerable segments of Canadian society – including women, indigenous peoples, Jews, Muslims, Sikhs, black Canadians, and LGBTQ2+ Canadians, among many others – online hate ultimately poses a threat to personal safety. Online hate is a real and present danger and we cannot afford to wait any longer to take action.”

Richard Marceau, vice-president of external affairs and general counsel for CIJA, said the letter to the justice minister follows up on an effort launched by CIJA in December 2018 to mobilize like-minded community groups to press the government “to develop a national strategy to combat online hate.”

He credited that initiative with leading to the House committee hearings on the issue, at which CIJA and other organizations made submissions.

“The committee issued a report in June 2019 that included many of the recommendations called for by our coalition,” Marceau said.

“We will work with the government to determine the most effective way in which to proceed with implementing the various recommendations. The government might come up with other ideas, which of course we would be open to considering. Likewise with tech companies. We see this as a collaborative effort between government, identifiable groups, the tech industry, law enforcement and the legal profession,” Marceau said.

Dahabo Ahmed Omer, a spokesperson for the Federation of Black Canadians, said the organization signed on to the letter to Lametti because “the government needs to ensure that Canadians are safe.”

The federation appeared before the parliamentary committee last year, and it is calling on the government to reinstate something like Section 13 of the Canadian Human Rights Act, which addressed online hate.

That section was repealed in 2014 following a free vote because of concerns it unduly restricted free speech.

The signatories are hoping for hate speech to be regulated, she said. “We’re saying there has to be a line people can’t cross, where it’s harmful to others.”

“Freedom of expression is a foundational value for Canada and one that CIJA strongly supports,” said Marceau. “That being said, free speech does not include hate speech. There can be reasonable limits that, in the language of the Charter (of Rights and Freedoms), are ‘justified in a free and democratic society,’ ” he said.

“CIJA has long held the view that removing Section 13 leaves a gap in the legal toolbox to fight online hate. There are multiple, legitimate ways to remedy this. One is to enhance training for police and Crown prosecutors to ensure more robust, consistent use of Criminal Code hate speech provisions.

“CIJA believes that, with the right balance, a reasonable consensus can be achieved with respect to Section 13.

“If misused, misconstrued or poorly constructed, any new legal provisions – including a renewed Section 13 – would risk undermining the overarching goal: to protect Canadians and prevent hate propagandists from gaining sympathizers and adherents,” Marceau stated.