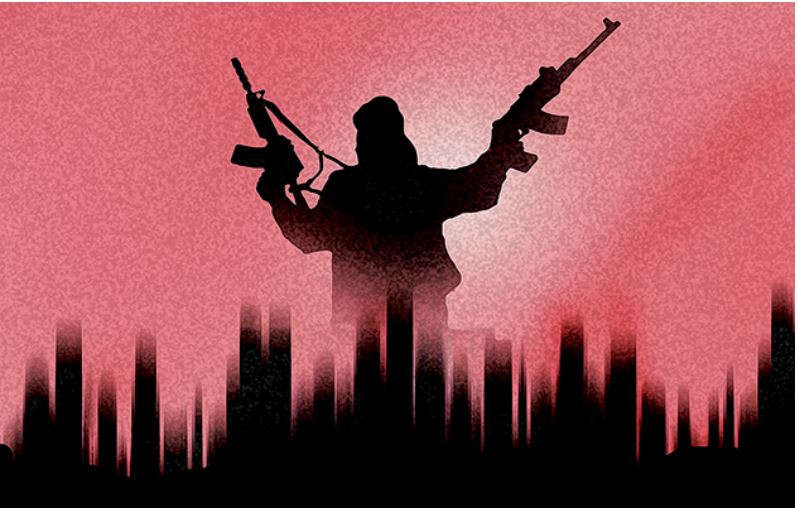 TERROR IS THE ROOT CAUSE FOR SIKH & KASHMIRI DISPLACEMENT

Terrorism today is posing a grave threat to humanity and has become one of the biggest problems to address. Especially for the Sikh community, acts of terrorism has caused them to constantly move away from their places in fear of their lives. Similar is the case with Kashmiris as well.

Members of displaced Kashmiri Pandit and Sikh communities have unanimously made an appeal to the world community to take drastic action against Islamic terrorism and the countries sponsoring the same.

In order to turn the attention of the visiting foreign dignitaries towards their plight, a father -son duo had messages on display that read – “Free Kashmir from Islamic Terrorism” and “Islamic Terror is Responsible for Exodus of Kashmiri Pandits”.


Making a presentation on behalf of displaced Pandits and Sikhs, notable leaders have made pleas for the displaced people to be resettled at a unified place in the Valley. A Bill for protection, preservation, promotion and management of Hindu temples and shrines in Kashmir has also been suggested as an Ordinance by UT. It also seeks for Hindus and Sikhs of Kashmir to be resettled in Kashmir. These were the very guys who were forced to leave the Valley due to religious persecution, division of J&K in 1947 and terrorism.

Another memorandum was submitted by Displaced Kashmiri Pandits of All Camps which demanded that word migrants not be attached to displaced Pandits who are in reality uprooted due to terrorism sponsored by Pakistan. It also appealed to the world community to come forward and fight terrorism so that it comes to an end once for all.

K K Khosa, president Kashmiri Pandit Sabha (KPS) while highlighting the apathy of the community and the attitude of the Valley based politicians regretted that one group of political leaders who met Lt. Governor some days back in their lengthy memorandum did not mention even a single word about the exiled Pandits and their return and rehabilitation to Valley which shows how callous they are about the community. Their main concern was restoration of statehood only. “How they expect that situation will better in Kashmir without the rehabilitation and return of Pandits”, he asked?


S K Koul, while rejecting that Pandits are against Muslims said that there existed composite culture in Valley which was nurtured by the Pandits only. He said January 19 reminds the entire community about holocaust as on this day in 1990 the community was forced to leave the valley by the radical forces and terrorists.


Earlier, Secretary Relief and Disaster Management, Simrandeep Singh, while unfolding the Government’s policy about the rehabilitation of Pandits said that 6000 jobs were announced under PM package and out of them 3500 appointments were made while others are in process. He said the Government has also sanctioned the construction of 6000 quarters out of which some have been constructed in Valley.