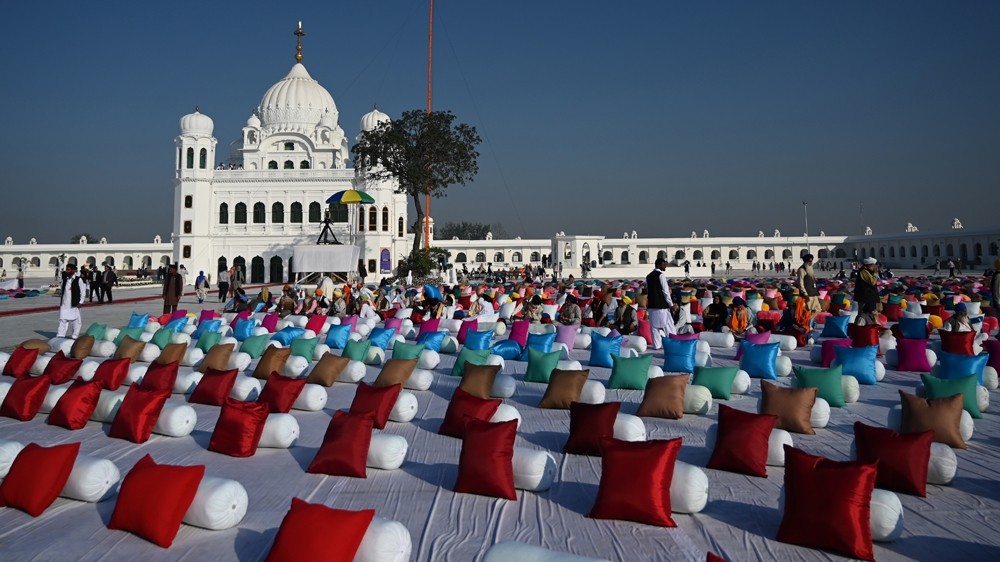 Nankana Sahib, one of the holiest places for Sikhism is built over the site where Guru Nanak, the founder of Sikhism is said to have been born in 1469. Situated in Pakistan’s Punjab province with a population of around 80,000, up until independence, there were an almost equal number of Muslims, Sikhs and Hindus. Now though, the province is predominantly Muslim with few Sikh communities around.

Nankana Sahib is home to several shrines including Gurdwara Patti Sahib, Gurdwara Bal Leela, Gurdwara Mal Ji Sahib, Gurdwara Kiara Sahib, Gurdwara Tambu Sahib, which are all a homage to the various stages in the life of Guru Nanak. In addition, the 5th and 6th Gurus of Sikhism, Guru Arjan and Guru Hargobind too have Gurudwaras dedicated in their memory and honor.

The entire town now called Nankana Sahib was earlier known as Talwandi, which was founded by a wealthy landlord, Rai Bhoi. His grandon, despite being an Arab origin, in awe of our Gurus teachings and beliefs subsequently renamed the place to Nankana Sahib in his honour.

The Janam Asthan shrine was constructed by Maharaja Ranjit Singh, after he visited Nankana Sahib in 1818-19 while returning from the Battle of Multan.

During British rule, the Gurdwara Janam Asthan was the site of a violent episode when in 1921, over 130 Akali Sikhs were killed after they were attacked by the Mahant of the shrine. The incident is regarded as one of the key milestones in the Gurdwara Reform Movement, which led to the passing of the Sikh Gurdwara Act in 1925 that ended the Mahant control of Gurdwaras. In 2014, Pakistan had a memorial for the massacre built.

Earlier this week, tension mounted in Nankana Sahib followed by an ourtage in India after a mob, led by the family of a Muslim man who had married a Sikh teenage girl, hurled stones at the Gurudwara and threatened to convert it into a mosque. Punjab Chief Minister Amarinder Singh was reported to have reached out to Pakistan Prime Minister Imran Khan to attempt to ensure the safety of the devotees stranded inside as well as take action to ensure the historic site is not damaged by the actions of the angry mob.