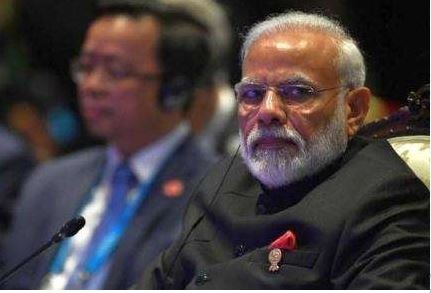 Indian Prime Minister Modi is seen as a genocidal politician who preserves a culture of state-sponsored atrocities in India. He was also the primary accused in the mass genocide in Gujarat but went on to become the Prime Minister anyway. He was implicated by the U.S. State Department, by Human Rights Watch, by members of his own administration, by police officers who served under him.

The first one was in 1984 in Amritsar, where the Sikh Golden Temple was invaded, which lasted for three days. Another massacre that followed a few months later was in 1984 in Delhi. This one also targeted Sikhs.

Mobs took to the streets for these three days, armed with voter rolls that identified Sikh residences and businesses. They targeted Sikhs based off of anybody that was wearing a turban. And they just went around slaughtering, burning alive, gang raping people. They committed many atrocities against Sikhs, killing several thousand, at least 3,000 of which are acknowledged by the U.S. State Department.

The next massacre that followed was against Muslims in UP and Maharashtra. Again, it was under the influence and leadership of top political figures including L.K. Advani. About 2,000 people, according to the State Department, were murdered

In 2008 in Kandhamal, Odisha, Churches were burned as mobs took to the streets, went through villages, hunted down Christians. People were burned alive.

The above is an indicator of the atrocities committed by Modi and his allies against every religion that isn’t Hindu. This hasn’t stopped and has been continuing till date.

India has been refusing to sign the United Nations Convention Against Torture. The use of torture is employed as a daily tool in every Indian police department in the country. Violent Hindu extremism is on the rise and it’s met with total impunity and with complicity by the government.

State-sponsored massacres of minorities are staged with total impunity by both major political parties.

The reality is that India is actually home to more poor people than anywhere else in the world. 67% of Indians gets subsidized food grain from the government; 670 million Indians live only on about fifty cents a day.

India’s life expectancy is one of the lowest in the world. It ranks 139th out of 194 countries. The most slaves in the world are to be found in India today, according to the Global Slavery Report. Over 14 million Indians, especially those who are viewed or treated as low-caste, are chained through forced labor, debt bondage, human trafficking, forced sexual exploitation, and forced marriages.

This begs the question – Should Modi be putting his time and attention fighting minorities or more serious issues that haunt our very existence?