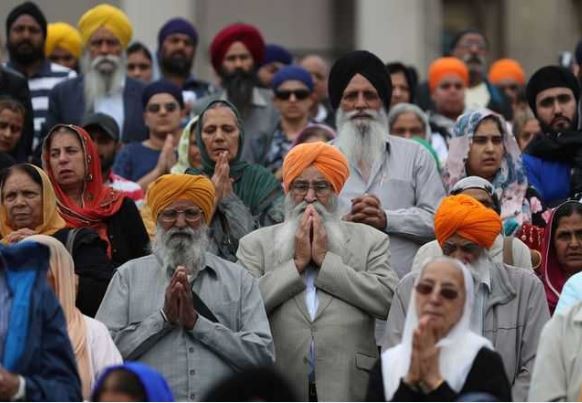 We entered 2020 with significant milestones – The Badals opposing the NRC, the Akal Takht expressing solidarity with Kashmiris, and our much awaited opening of the Kartarpur Corridor.

In his public statements, Akali MP Naresh Gujral invoked Sikh history and tradition as he opposed the Modi government’s proposed National Register of Citizens. The Badals have faced a severe credibility crisis, both in religious and political spheres. They were also accused of manipulating the Akal Takht and of a nexus with the disgraced Dera chief of Sirsa, now a convicted rapist. The series of desecrations of the Guru Granth Sahib during their rule and the use of excessive police force on peaceful protestors alienated them from Sikh masses.

Despite positive steps being taken, they still have an uphill task to tackle.

The Akal Takht Jathedar took a firm position on Kashmiri women when some elected representatives displayed uncourteous behavior in the wake of the revocation of Jammu and Kashmir’s special status.

“God has given equal rights to all human beings and it is a crime to differentiate against anyone on the basis of gender, caste or religion. The kind of commands given by elected representatives on social media against the women of Kashmir after the removal of special status under Section 370 are not only defamatory but also unforgivable.”

This was followed by Sikh activist Harminder Singh Ahluwalia, who collected donations and flew 34 young Kashmiri women stuck in Maharashtra to Srinagar.

In all pragmatism, therefore, this minority community, which the BJP needs on its side in order to maintain some semblance of fair dealing with minorities, is much better placed than before in its engagement with the state under the right-wingers.

The Sikhs have a proven record of successful political consolidation from the mid-18th century. The twelve misls, or the confederacies, of Punjab, back then had their own territorial disputes. But they would all come together for brainstorming on policy decisions.

The Guru Granth Sahib is not just a religious scripture, a term borrowed from Christianity, but a charter or constitution of political and social life. Equality lies at the core of the Sikh charter, in much the same way as American and Indian constitutions declared it centuries later.

That 18th-century institution is far more modern and democratic than the modern-day hegemony of one-party or one-family in decision-making. No political power, if found departing from egalitarian principles, should take Sikh support for granted.