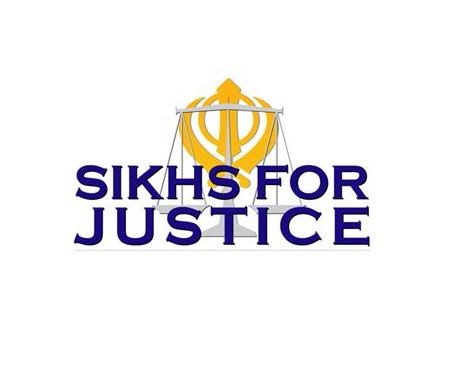 By The Sikh Daily Team on January 10, 2020
Advertisement

A quasi-judicial body in India has upheld the ban on pro-Khalistan group ‘Sikhs for Justice’ (SFJ) imposed by the anti- Sikh BJP government.

The tribunal constituted under the Unlawful Activities (Prevention) Act called the social works by the SFJ “disruptive” and threatened the “sovereignty, unity and territorial integrity of India, the tribunal said”.

The Centre had sufficient cause to take action under the UAPA for declaring SFJ as an unlawful association, it said.

“The notification dated July 10, 2019 issued by the Union of India under the Act declaring Sikhs For Justice (SFJ) to be an unlawful association is hereby confirmed. The reference is answered in the affirmative,” the tribunal said.

The Centre, in a notification issued on July 10, 2019, declared SFJ as an unlawful association, and banned it for five years, saying the group’s primary objective was to establish an “independent and sovereign country” in Punjab and that it openly espoused the cause of Khalistan, challenging the sovereignty and territorial integrity of India. Thereafter, in August, a tribunal was set up for adjudicating whether there was sufficient cause to declare SFJ an unlawful association.

The tribunal, in its order of January 6, noted that US-based SFJ, run by Sikhs of foreign nationality in the US, Canada, the UK and so on, was behind the campaign, Referendum 2020, which sought ceding of the state of Punjab from the Union of India.

“The call for a referendum to cede a part of the territory of India in itself is a crime. The association (SFJ) has been proved to be indulging by its speeches and social media expressions and communications, in acts which are detrimental to the unity, integrity and sovereignty of India.

The tribunal refused to accept SFJ’s contentions that utterances, acts and social media posts by its members were innocent in character and have had no repercussions in India.