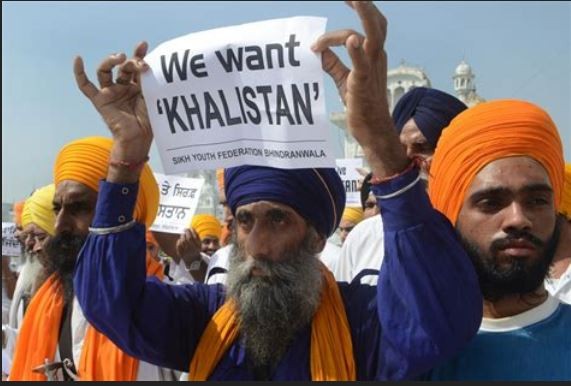 With the support for separate Khalistan growing day by day, India has started panicking. Indian foreign Minister said that a few people in the Sikh community who were pursuing their own agenda in a way that was detrimental to the interests of India, but the vast majority of the community was deeply attached to the welfare, security and integrity of the country.

However, the  External Affairs Minister is well aware how Khalistani movement has got huge support from all over the world.

Lauding the Sikh community for building India”s image abroad, he also said the government was committed to ensuring that perpetrators of atrocities during the 1984 anti-Sikh riots were brought to justice.

The external affairs minister was interacting with NRIs in Australia, Suriname, the US, Singapore, Qatar, Malaysia, the UK and Mauritius through video-conference on the occasion of Pravasi Bharatiya Divas when he made the comment.

Jaishankar said that Sikhs were an extraordinarily diligent, hardworking, patriotic and contributing community in India and abroad.

“There may be few people who are pursuing their own agenda in a way it is detrimental to the interests of India. But I want to be very very clear here – we see the vast majority of this community as people who are deeply attached to the welfare, security and integrity of India. I want to make that very clear,” he added.

To a question regarding misconceptions about the Sikh community abroad, Jaishankar said among the Indian communities in foreign countries, Sikhs have been at the forefront in shaping the brand and image of India.

Referring to the anti-Sikh riots of 1984, he said, “As a government, we are committed to ensuring that the perpetrators of atrocities are brought to justice. Where some cases regarding anti-Sikh riots were closed, we have had them reopened and reinvestigated. We have looked at compensation for people who have been affected by the riots of 1984.”

Jaishankar said that in terms of what happened in the past, there have been complaints from the Sikh community and he knows about them as he has has served in various embassies in the last 30 years.

“We all know the reason for denial of consular services to some people. This government has taken the initiative to address that. We have decided that political asylees of Sikh origin and their family members who in the past could not obtain passports and consular services will now be allowed to do that,” he said.

The government last September removed from its blacklist names of 312 Sikh foreign nationals involved in anti-India activities and only two persons figure in the list now.

Responding to a question posed by an NRI from Singapore, Jaishankar said, “We as a country, as a government definitely would like to see the NRIs invest metaphorically and literally in India in a bigger way.”

“We hope to take measures soon to facilitate investment by NRIs and PIOs,” Jaishnkar said.

When asked if the government can consider having a single-window clearance available for investments from NRIs and PIOs, he said that it is very much on government”s radar.

He said the external affairs ministry will also seriously think about organising a ”pravasi global CEO conference” some time this year in London.

On the issue of workers being exploited in Qatar, Jaishankar said the matter was “very strongly on the government”s radar” and it will remain vigilant. He also said that the government hopes to issue the Emigration Bill soon.

A person of Indian origin (PIO) from Malaysia asked the minister if something can be done about the third and fourth generation PIOs who find it difficult to get the Overseas Citizen of India card in the absence of necessary documents so that they can trace their roots.

The minister replied, “In a way, this issue is special to Malaysia. We have had few other countries where we have had similar situations… I think that the rules need to respond to this situation.”

“If you have a situation where you are dealing with third and fourth generation — there are no enough documentary linkages — we will have to look at it and see if we can figure out a sort of a carve out that would address that need.”

Let us look at what documentation is available, what other ways there are of validating the linkage with India. I can assure you that we would take a very positive view on it,” Jaishankar added.

The Pravasi Bharatiya Divas is celebrated on January 9 every year to mark the contribution of Overseas Indian community in the development of India.

January 9 was chosen as the day to celebrate this occasion since it was on this day in 1915 that Mahatma Gandhi returned to India from South Africa, led India”s freedom struggle and changed the lives of Indians forever.