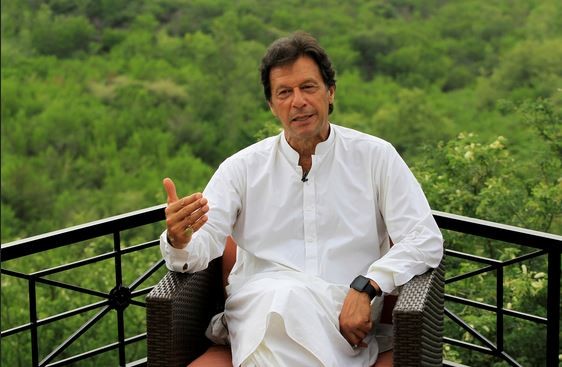 By The Sikh Daily Team on December 24, 2019
Advertisement

Praised worldwide for his stupendous job of opening the long-pending Kartarpur corridor for Sikhs, Pakistan Prime Minister Imran Khan has reiterated that Pakistan treats all minority citizens as equal citizens of Pakistan and undertakes to empower them to use their abilities socially, economically and politically for the national development.

In a message on the occasion of Christmas, the prime minister extended his heartiest felicitations and wished Merry Christmas to the Christian brethren in Pakistan and all over the world.

The prime minister said that Quaid-e-Azam Muhammad Ali Jinnah had, right from the first day of creation of Pakistan unequivocally declared a policy of equality, freedom and security for all communities living in Pakistan irrespective of their religion, profession or ethnic origin.

“Our Government is dedicated to preserve the sanctity of peaceful coexistence and equality of opportunities enjoyed by all Pakistanis including our minorities,” a press release quoted him as saying.

He said Christmas was an auspicious occasion to reflect on the message of Jesus Christ, the eternal message of love, peace, tolerance and compassion for humanity. “We, as Muslims deeply revere Jesus Christ as one of the great messengers of Allah Almighty,” he added.

The prime minister further said that he was immensely happy to note that minorities in Pakistan were actively contributing to the development and prosperity of the country without any hindrance including serving in the Armed Forces of Pakistan.

“This reflects the communal harmony and profound cohesion between all faiths practiced across the length and breadth of the country. This is the spirit that binds us together as one family to celebrate our blessings and the values we hold dear,” he added.

In the same spirit, the prime minister said, the government of Pakistan had established Kartarpur Corridor to enable Sikh community to visit their sacred shrine, thereby explicitly expressing the importance they accorded to the minorities and people of other faith.

The prime minister also acknowledged the diverse and productive role being played by all the minorities living in Pakistan; particularly the Christian community for the socio-economic development of the country in general and in the fields of health and education in particular.

“I greatly appreciate their patriotism, devoted service and sincere attachment to the country and I am confident that they will continue to play their due role for peace, progress and prosperity of Pakistan with even more dedication,” he added.