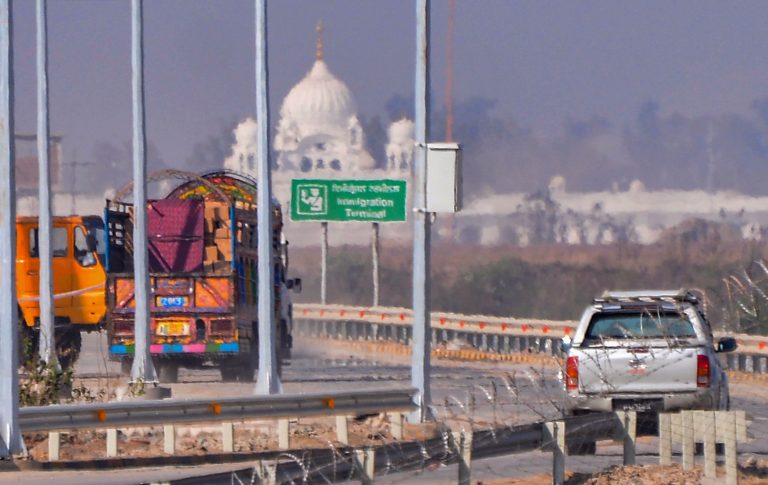 Pakistan may use Kartarpur to revive Khalistan movement: Government

Less than a year after the foundation stone laying ceremony for the Kartarpur corridor, Pakistan is set to inaugurate the route for Indian pilgrims on November 9.

Since the tenure of former Prime Minister Atal Bihari Vajpayee, New Delhi has been requesting Pakistan to open up the pilgrimage route to Dera Baba Nanak.

Government sources have underlined Pakistan’s strategic interests in opening up of the Kartarpur corridor. “This move to agree to India’s request was initiated by the Pakistan Army and not by Prime Minister Imran Khan,” said official requesting anonymity.

A senior Indian official involved with Kartarpur talks said Pakistan Army’s real purpose behind the opening of Kartarpur corridor was to have greater leverage in another Indian border state. “Pakistan may use this to revive separatist tendencies and try and drive a wedge between Hindus and Muslims,” he added.

In the run-up to the Kartarpur inauguration, pro-Khalistan propaganda has been circulating on social media. In fact, the Pakistan government has circulated a video on Kartarpur corridor, which has photographs of separatist leader Jarnail Singh Bhindranwale.

India has lodged a protest and has asked Pakistan to make sure that a religious event should not be used for reviving Khalistani terrorism. Also, Indian government officials also warned Indian journalists travelling for the inauguration, that the event may be used by Pakistan for propaganda purposes.

Indian officials on Thursday stressed that India has gone ahead with its decision to send pilgrims as this is a matter of faith and people to people contacts. They said this is a mark of respect for sentiments of Indian pilgrims who have for long wanted to visit Dera Baba Nanak Gurudwara.

The corridor would be opened on the occasion of 550th birth anniversary of Guru Nanak. As per the MoU signed between Delhi and Islamabad, Indian pilgrims would have to carry their passports but the same would not be stamped by Pakistan government officials. People of Indian origin can also use Overseas Citizen of India (OCI) cards to travel through Kartarpur.