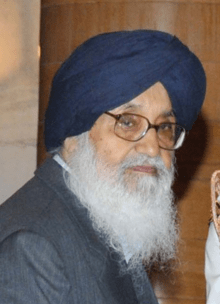 Stop creating hurdles in way of corridor: SGPC to Amarinder

The Shiromani Gurdwara Parbandhak Committee (SGPC) on Wednesday hit out at Punjab chief minister Captain Amarinder Singh, saying he must stop creating hindrances on the path to the Kartarpur corridor, a day after he claimed that Pakistan’s Inter-Services Intelligence (ISI) will use the passage to promote pro-Khalistan campaign ‘Referendum 2020’.

Talking to HT on the sidelines of a discussion titled ‘World Sikh Youth Conference’ at Sultanpur Lodhi, SGPC president Gobind Singh Longowal ruled out any possibility of revival of Khalistan movement in Punjab and said the CM should not act in any manner that creates hurdles in the Kartarpur corridor because it is purely a religious matter.

“If he (CM) is indulging in such talks then he is creating hindrance (to the corridor). The Sikh community has prayed for the last 72 years for visiting their holy place in Kartarpur. With the blessings of Guru Nanak, the corridor will open on November 9,” said Longowal.

He praised the efforts made by the governments of India and Pakistan for making the corridor a reality.

On the visit of Prime Minister Narendra Modi, Longowal said it is yet to be confirmed whether he will visit Sultanpur Lodhi before the corridor event at Dera Baba Nanak or after its inauguration. “But he has expressed his desire to pay obeisance at Gurdwara Ber Sahib the same day,” he added.

Addressing the gathering, Akal Takht acting jathedar Harpreet Singh said some forces are making efforts to weaken Sikh institutions and traditions. He asked the Sikh youth to hone their skills and use them for the betterment of religion.

Bihar chief minister Nitish Kumar will visit Sultanpur Lodhi on Thursday to attend the ongoing 550th Parkash Purb celebrations. He will pay obeisance at Gurdwara Ber Sahib and later attend a function at Nirmal Kutia of environmentalist Balbir Singh Seechewal. Later, he will visit the Golden Temple in Amritsar.

Nitish is visiting the town five days before the main event on November 12 to avoid any controversy amid the slugfest between the state’s ruling Congress and the SGPC over holding the function from separate stages, it is learnt.