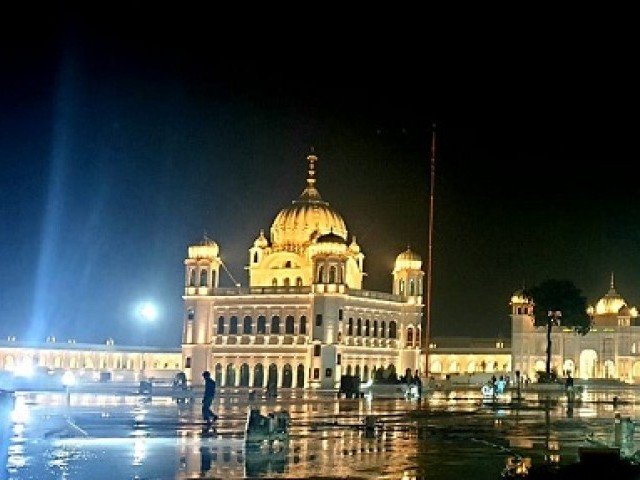 Pakistan on Monday released the itinerary for jatha of pilgrims who will be visiting Pakistan for Guru Nanak’s 550th birth anniversary celebrations from November 5 to 14.

The Evacuee Trust Property Board (ETPB) of Pakistan said that 2,500 of them will also attend the inauguration ceremony of Kartarpur Corridor on Pakistani side scheduled for November 9.

A jatha of around 5,000 pilgrims from Punjab and other states will be entering Pakistan through Wagah on November 5 and 6 (via train). This includes 1,900 pilgrims being sent by the SGPC from Punjab, which is done annually on Guru Nanak’s birth anniversary, and rest of the pilgrims are from other states.

Amir Hashmi, spokesperson, Evacuee Trust Property Board (ETPB), a government body in Pakistan which looks after properties abandoned by Hindus and Sikhs after the Partition, told The Indian Express that around 2,500 pilgrims from India will be attending Kartarpur Corridor inauguration ceremony on November 9.

“Over 5,000 pilgrims will be arriving on November 5 and 6 via Wagah and will be taken to Gurdwara Janam Asthan, Nankana Sahib. Around 2,500 of them will attend Kartarpur Corridor opening ceremony on November 9,” he said.

A s per the itinerary for pilgrims released by ETPB, first batch of Sikh yatris will arrive on November 5 at Wagah railway station and will be taken to Nankana Sahib gurdwara Janam Asthan. Then on November 6, second batch will arrive.

On November 10 and 11, they will stay at Nankana Sahib and on November 12, they will attend bhog ceremony Akhand Path and Nagar Kirtan on 550th Gurpurab at Gurdwara Janam Asthan. On November 13 and 14, the yatris will return to India.

Dr Amir Ahmed, chairman ETPB, said that Indian pilgrims will be given all facilities and arrangements have been completed for their stay in Pakistan.

A source from the SGPC, meanwhile, said that the Sikh body is sending 1,900 pilgrims from Punjab and rest are being sent from other states by the central government. “Earlier also, jathas visiting Nankana Sahib are taken to Kartarpur gurdwara, but not always. However, Kartarpur gurdwara is among approved sites for Indian pilgrims since 2005,” he added.