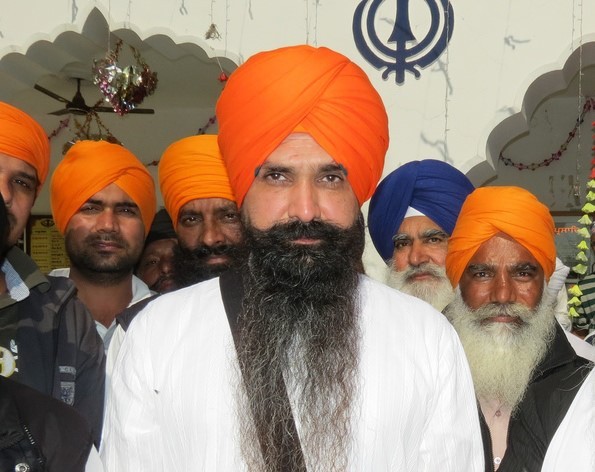 Sikh Political Prisoners to be released by India

Gurkirat Singh Kotli, grandson of former Punjab Chief Minister Beant Singh, has said the BJP to side with Khalistani hardliners for political gains by commuting the death sentence of Balwant Singh Rajoana.

Balwant Singh Rajoana was convicted in the assassination Beant Singh, under whose rule Khalistani terrorism came to an end in August 1995.

Beant Singh was killed in an explosion outside the Civil Secretariat in Chandigarh, in which sixteen others also lost their lives after a Punjab police employee Dilawar Singh blown himself in a terror attack.

It was the second case of human bombing by the Babbar Khalsa after the first one failed in killing the Congress leader.

Kotli, who is a Congress MLA from Punjab, also said that his family opposes the Centre’s decision.

Calling the BJP siding with the hardliners Khalistani for political gains, Kotli also criticised the Shiromani Akali Dal (SAD) saying they were duplicitous when it was supposed to maintain peace in Punjab when it was in power.

On September 29, the Home Ministry said eight Sikh prisoners, lodged in different jails in the country for committing crimes during the militancy in Punjab, would be released on the occasion of 550th birth anniversary of Shri Guru Nanak Devji as a humanitarian gesture.

It also said that the death sentence of another Sikh prisoner was commuted to life imprisonment through a special remission. The prisoner later turned out to be Rajoana.

Kamaldeep Kaur, sister of Rajoana, said that her brother has already spent 24 years in jail and thanked the central government for showing sympathy.

In July 2007, a special court had awarded the death sentence to Rajoana and Hawara in connection with the Beant Singh assassination case. Rajoana was scheduled to be hanged on March 31, 2012.

However, the then Congress-led UPA government in the centre stayed the execution on March 28, 2012, after Shiromoni Gurudwara Prabhandak Committee, a Sikh religious body, filed a mercy petition.

The SAD, which was in power in Punjab then, campaigned against Rajoana’s execution. The President had forwarded the plea to the Home Ministry to take a call on it.