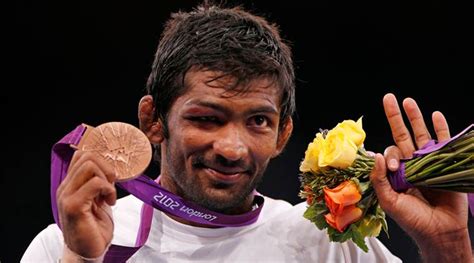 Olympian Yogeshwar will set example in politics too: Khattar

“Thank you Yogeshwar Dutt. Yes. You have always made the country proud through sports,” Khattar tweeted just ahead of announcement of his name by the party leadership for the assembly polls.

“I am confident that even in politics, you will set a new example by keeping dedication towards the country. You are an inspiration for the youth,” he added.

The polling for the 90 seats in the BJP-ruled state will be held on October 21.

After joining the BJP, Dutt, who is contesting from from Baroda, said he decided to join the saffron party as he is impressed by Prime Minister Narendra Modi.

Woman wrestler Babita Phogat are among the 78 candidates named by BJP for Haryana assembly elections. She will fight polls from Dadri.