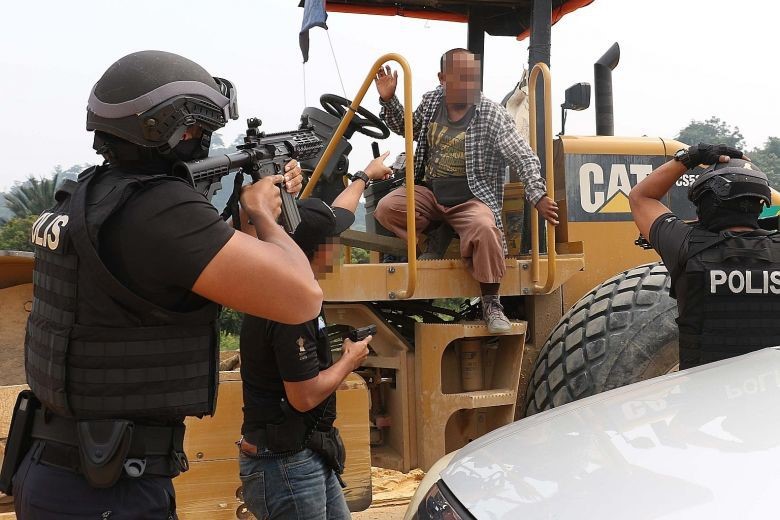 The 38-year-old Indian woman, who worked as a cleaner, was a member of the Sikhs For Justice (SFJ) group, according to Ayob Khan Mydin, Assistant Director of Malaysian Police’s counter-terrorism division.

The suspects, some of whom were linked to the Islamic State, were arrested in a special operation conducted between August 10 and September 25 in Kuala Lumpur, Sabah, Pahang, Johor, Penang and Selangor cities, Police said.

The 16 terror suspects comprised 12 Indonesians, three Malaysians and one Indian national, it said.

The US-based SFJ pushes for Sikh Referendum 2020 with its primary objective being to establish an “independent and sovereign country” in Punjab.

Two Malaysians detained in Sabah were behind spreading Islamic State propaganda. They also worked as facilitators for an Indonesian couple and three of their children who carried out a suicide bombing attack on a church in Philippines in December 2018.

They also arranged for funds to be channelled to the Maute terrorist group in southern Philippines, Mydin said.

He said some of the suspects created new Islamic State cells in Malaysia and promoted the group through social media.

“They were also active in recruiting new members, including Indonesians and Malaysians, and planned to launch attacks in Malaysia and Indonesia after recruiting as many members as possible,” he said.

Malaysia has arrested hundreds of people in the past few years for suspected militant links.

Malaysia has been on high alert since January 2016, when gunmen allied with Islamic State carried out a series of attacks in Jakarta, the capital of Indonesia.