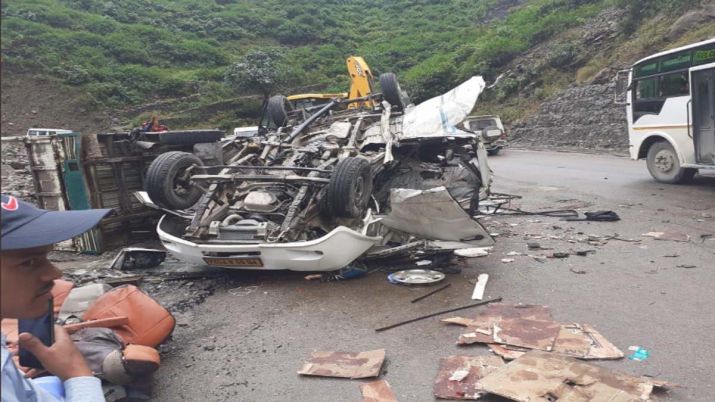 Six pilgrimage from Punjab travelling in a tempo traveler, turned turtle after the huge rock fell on it, killing five pilgrims on the spot while another died at the hospital. Four injured in the incident are under treatment, the DSP said.

The landslide was triggered by heavy rains. The incident occurred near Teendhara on Rishikesh-Badrinath highway in Tehri district, Deputy Superintendent of Police Pramod Shah said

The pilgrims hailing from Mohali were on their way to the Himalayan Sikh shrine of Hemkund Sahib, he said.

The deceased were identified as Jaspal Singh, Surendra Singh, Gurdeep Singh, Gurpreet Singh, Jitendra Pal and Lovely who was driving the vehicle, he said.

Uttarkhand Chief Minister Trivendra Singh Rawat has expressed grief over the loss of lives in the accident. He asked authorities to take all precautions in view of the heavy rain alert issued by the MeT department for most parts of Uttarkhand on Saturday.