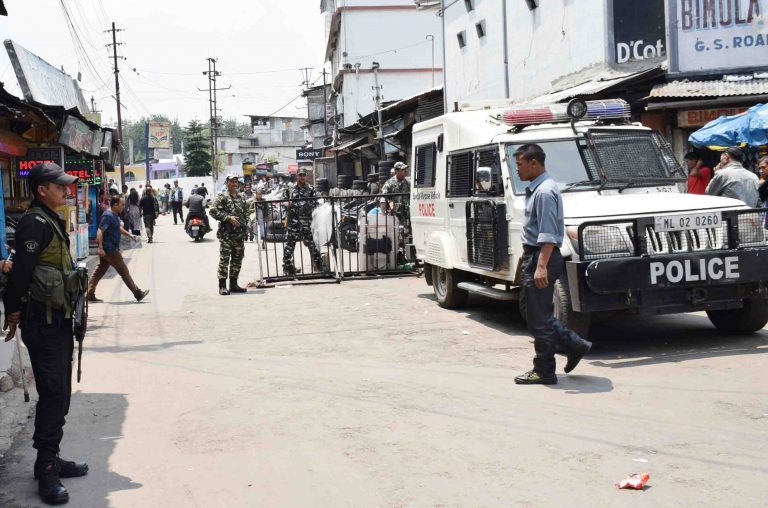 SHILLONG: A militant organisation H.N.L.C said that the residents of Punjabi Lane, Shillong must be relocated otherwise they should prepare to face violence. This threat has set alarm bells for Sikhs.

The escalation in violent threats towards over 350 families, mostly Sikhs residing in the Punjabi Lane locality of Shillong, have prompted demands for the immediate intervention of the wider Sikh community and representative bodies.

The Hynniewtrep National Liberation Council (H.N.L.C) is a militant organisation operating in Meghalaya, India. It claims to represent the Khasi-Jainta tribal people, and its aim is to free Meghalaya from the alleged domination of the Garos and the outsiders from the Indian mainland. H.N.L.C and other militant organisations claim that they are the original inhabitants of Megha­laya and all “outsiders” need to be thrown out of the state.

“This is a se­ri­ous mat­ter, and the CM should take ac­tion to bring a so­lu­tion. If the Har­i­jan pan­chayat com­mit­tee still chal­lenges then we shall have to re­sort to other means for a so­lu­tion. They may re­main un­der the pro­tec­tion of se­curity forces in Shil­long. But they should not for­get that their com­mu­nity is pre­sent in Khasi and Jain­tia hills. If they pro­voke, we will be com­pelled to at­tack their com­mu­nity with­out fail. Then the Har­i­jan pan­chayat com­mit­tee will shoul­der the re­spon­si­bil­ity if any lives are lost.”

“The HNLC will repeat history again, there will be many more Lals (a reference to one Lal Singh who was killed in 1995 by the HNLC) in the Har­i­jan community. We have the support of our people and we don’t mind taking military action. This is not only a warning when it comes to protecting the interests of the people, but they shall also press the trigger and their people will fall to our bullets.”

Shillong-based Guru Nanak School head master Gurjit Singh said leaders of local organisations had threatened to repeat the past again. “They had killed a Sikh leader, Lal Singh, in 1995 who had taken up a similar issue,” he said.

“We believe that it is an attempt by the local militia group to stop us from initiating proceedings of contempt against the Shillong Municipal Board (SMB), which has issued us notices even though there is a stay from the high court, the National Commission for Minorities and the National Human Rights Commission,” said Gurjit Singh.

The H.N.L.C threat goes on to state: “We can not claim their land in Punjab and they do not have the right to stake claims over our land.” They have also warned the government of Meghalaya that “The interference of the Punjab government and its politicians time and again should not be entertained.

The Sikh residents of Punjabi Lane, also derogatorily referred to as Sweepers Colony are reeling under the threat of the Shillong Municipal Board and the state-formed High-Level Committee under the chairmanship of the Deputy Chief Minister Prestone Tynsong. The High-Level Committee of the Government of Meghalaya are understood to have been issuing statements and notices through the Shillong Municipal Board seeking documentation of the residence status from residents of Punjabi Lane as well as forcing an inventory of the houses.

On the other hand, the Har­i­jan Pan­chayat Committee has been running from pillar to post from the High Court of Meghalaya to the National Minorities Commission, National Human Rights Commission, Shiromani Gurdwara Prabhandak Committee and Delhi Sikh Gurdwara Management Committee to attain support and protection for the Sikhs of the area.

The latest provocation by the H.N.L.C is believed to be as a result of the contempt notice which the Har­i­jan Pan­chayat Committee  has launched against the Shil­long Municipal Board, which on 31 May 2019 pasted fresh notices on on 300 houses of the said area, in clear violation of the orders of the Megha­laya High Court, the National Minorities Commission and the National Human Rights Commission, which have all in various orders “restrained the Shil­long Muncipal Board and the High-Level Committee of the Megha­laya government to maintain status quo ante and not disturb the residents for relocation in any manner whatsoever.”

Observers have noted that the H.N.L.C threat posted online appears to be a well-thought plan of the Shil­long Municipal Board, the High-level Committee and the militant body. A clear indication of that complicity has been identified in the following lines from the threat:

“The HNLC has viewed the recent deadline given by the Har­i­jan pan­chayat to the Shil­long Municipal and government sounded more like a warning signal. This issue has been cropping up for the last three decades and we have not seen any solution so far. The government should not soften its stance, as this kind of warning is a warning to the ‘Jaid­byn­riew’ (for the protection of our own community.)”

Following a catalogue of threats, the Harjian Panchayat Committee has written to Meghalaya chief minister Conrad Sangma, seeking immediate security. The letter written by the committee notes that the SMB was deliberately harassing Sikhs and other residents of the area.

The international Sikh community watch the situation with mounting concern over the persecution of the Sikhs in the area. The concerns follow the May 2018 violence in the area during which Sikhs were violently attacked and an attempt was made to set the local Gurdwara alight.