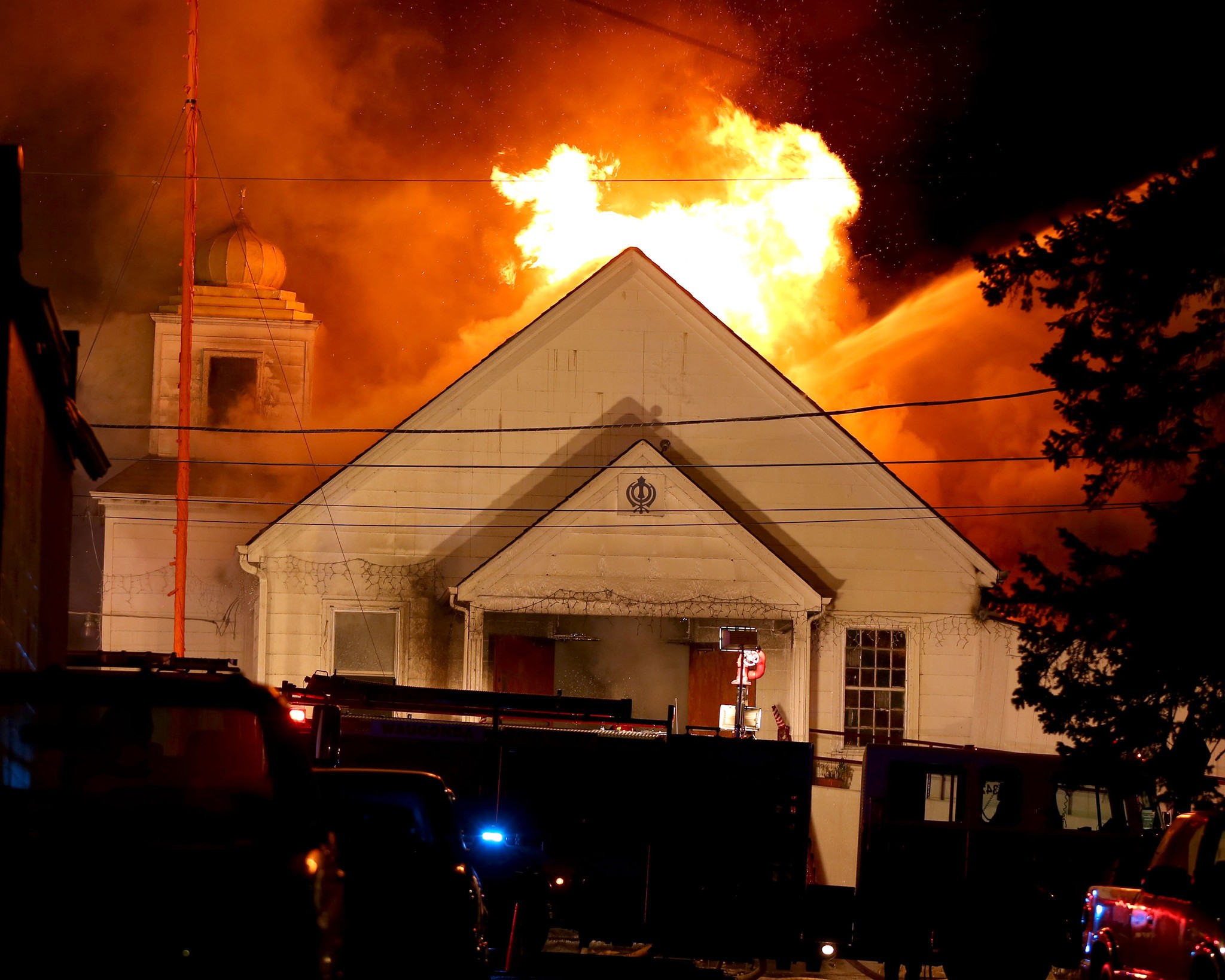 Man behind fires at mosque and Sikh temple in Leeds, arrested

Hate crimes have been on the rise and hasn’t left any faith unaffected. One such incident took place in Leeds where a mosque and a Sikh temple were set on fire and the police have described the same as linked to hate crimes.

Det Insp Richard Holmes, Leeds District CID said: “We are treating both these incidents as linked given the closeness of the location and the similar times that they have occurred. While our investigation is still at a relatively early state, we do believe these premises have been specifically targeted as places of worship and we are treating both incidents as arson and hate crimes.”

“We are continuing to liaise with our colleagues in the local neighbourhood policing regular contact with key representatives from the communities affected to keep them updated and to reassure the wider community” he added.

Leeds’ Racial Justice Network criticsed the lack of national media coverage of the incident, saying it revealed “a lack of concern for Muslim and Sikh lives and reminds us that the terrorist label is only reserved for black and brown people”.

These attacks follow on from racist and fascists.. marches in Leeds and Manchester at the weekend and reflect a resurgence of far-right racism. Whilst we believe that the far right are still in the minority, there is a real need for the solidification and growth of anti-racist movements. With our allies across the country, the Racial Justice Network will be a part of it” they added.