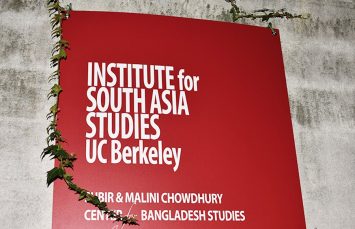 The Daily Californian recently reported that the UC Berkeley Sikh Student Association (UCB SSA), in association with over 30 Gurdwaras and related organizations wrote a letter to oppose the proposal of a $9 million endowment by the Institute of South Asia Studies funded by the Government of India.

The Supreme Court of India has ruled that Sikhs are considered a branch of Hinduism and is not an independent religion. In this scenario, why would India with this opinion want to setup Sikh studies chairs abroad? There have been numerous tries by Government of India to create Sikh studies chairs which has led to this controversy in Berkeley.

The letter says that Government of India’s stand on 1984 Sikh Genocide is of concern and raises doubts about how course material and instructions for Punjab and Sikh studies can be impartial. The future of Sikh studies can only be bright if the curriculum remains free from political interference. Members of community who want to ensure that Sikh studies remains impartial are alarmed at the track record of donor influence that comes from foreign governments. This mobilized these organizations to come under an umbrella and demand for no interference.

At the UCB SSA board meeting, some people expressed their concerns that future studied the topic will take us away from dwelling on the past and focus on creating a future that washes over the reality of the past, even though the marks still exist. If the scholars of UC Berkeley take this stand in their studies, it will not be a fair or objective study. It is similar to attributing some other causes to a tragedy which is further from the truth giving the picture to future generations of a reality far removed from actual events.

The letter is written with a strong desire to keep Sikh thought free from external influences. The stand of Indian Government towards Sikh history is not especially encouraging: it assumes that the violence of 1984 is a thing of the past and that the agony of people being born under the circumstances of trauma and violence is still a reality. This stance does not take a kind approach towards Sikh history and people. It belittles the invisible marks of violence left behind and leaves out any scope of studying or addressing it.

The events of 1984, though seem far away in the past now, have had lasting repercussions in the present and the future.