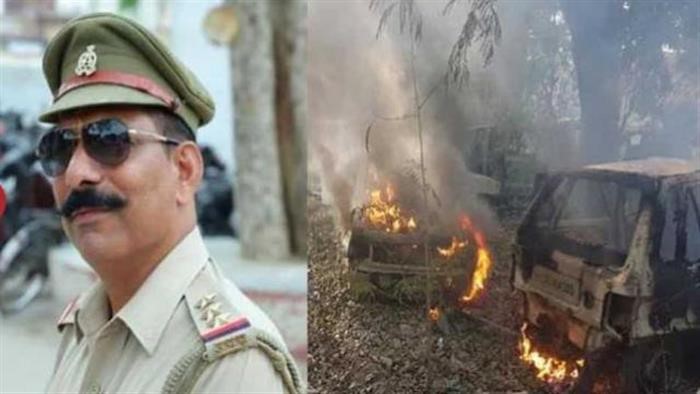 LUCKNOW: The Uttar Pradesh government on Saturday transferred Bulandshahr Senior Superintendent of Police Krishna Bahadur Singh and attached him to the office of the Director General of Police here, a Home Department official said on Saturday.

The state government has named Prabhakar Chowdhary as the new district police chief of Bulandshahr.

Two more police officials have also been transferred in connection with the mob violence in Bulandshahr town on Monday where an inspector and a civilian were killed, authorities said.

Circle Officer (CO) Satya Prakash Sharma and Suresh Kumar, the in-charge of Chingravathi police chowki, have been transferred “for their failure in responding in time to the situation arising on Monday in that area”.

The decision was taken on the basis of a report submitted by the Additional Director General of Police S.B. Shiradkar.

The senior Home Department official said they have been taken to task for not being fast enough in reacting to the situation that arose after some Hindu right-wing activists found some animal carcasses in a field and took them on tractor-trolleys to block a road.

Police inspector Subodh Kumar Singh and the civilian from Chingravathi village, Sumit Singh, were killed in the mob violence that followed.