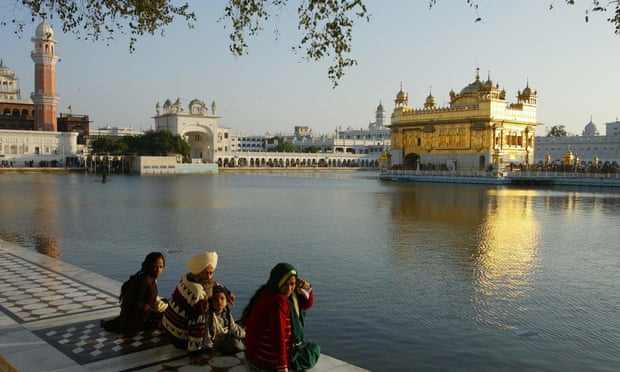 An independent inquiry into Britain’s military role in the Indian army’s 1984 raid on the Golden Temple in Amritsar will be launched under a Labour government, Jeremy Corbyn has said.

The Labour leader promised that an investigation into the attack, which is said to have left thousands of people dead, would be in the party’s next manifesto.

Sikh groups have repeatedly called for a fresh inquiry into an apparent decision by Margaret Thatcher’s government to send an SAS officer to Delhi to advise the Indians on the operation.

David Cameron ordered his most senior civil servant to investigate alleged British involvement in 2014. He found that the advice was ignored by the Indian army, which launched a full-scale ground assault, causing a heavy loss of life.

The finding was met with “disappointment” by British Sikh groups, and the Sikh Federation said Sir Jeremy Heywood’s review had been “limited in scope”.

Corbyn, speaking at a Sikh Federation event in Watford, said: “You can be very sure that, whenever the election comes, it will be in the next manifesto … it’s a commitment that’s going to be there and we will honour that commitment.”

It came as Sir Simon McDonald, the Foreign Office’s most senior civil servant, apologised after describing the Golden Temple, one of the most revered in the Sikh religion, as a mosque on Twitter.

After realising the error, the permanent secretary said: “I was wrong: I am sorry. I should of course have said the Golden Temple or, better, Sri Harmandir Sahib.”

However, Bhai Amrik Singh, the chairman of the Sikh Federation, said: “This was a major gaffe by a top civil servant and totally unacceptable. It demonstrates a remarkable level of ignorance from someone in his position.”

He added: “In our view, a public apology and admitting the mistake is not enough. What we need is a commitment from the UK government and senior civil servants to root out such ignorance and discrimination or we will continue to face hate, abuse and threats of violence.”

The error is particularly sensitive given the suspicions that exist around the extent of UK involvement in the 1984 raid.

Inside the temple with his armed followers was a spiritual leader, Jarnail Singh Bhindranwale, who was understood to want an independent homeland for Sikhs in predominantly Hindu India. Some Sikhs dispute that he had made this demand.

Many hundreds, possibly thousands, were killed in the assault in June 1984. They included Bhindranwale. Many pilgrims were caught up in the violence. The temple was badly damaged in what many Sikhs saw as an attack on their religion.

The botched operation, in which 136 Indian soldiers also died, led to the assassination of the prime minister, Indira Gandhi, by her Sikh bodyguards, which in turn provoked massacres of Sikhs. About 3,000 were stabbed, burned or beaten to death by mobs in Delhi, the capital, alone.

Gandhi’s Operation Blue Star horrified moderate Sikhs and in its aftermath, Punjab, the north-western state that is their historic homeland, was plunged into a violent insurgency that lasted almost a decade.