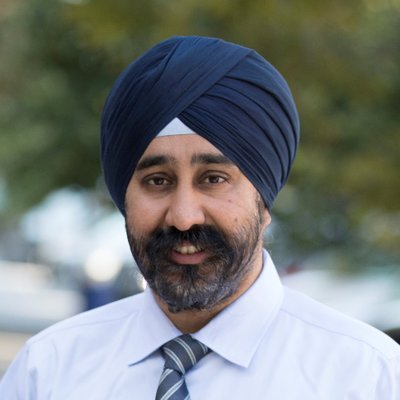 Ravi Bhalla has been a councilman for the last seven years and has now become Hoboken’s first elected Sikh Mayor of the country and one of the first elected political figures in the USA. He is a lawyer and has degrees from the University of California at Berkeley, the London School of Economics and the Tulane Law School.

Despite a last-minute attempt to influence the electorate by calling him a terrorist, this two-time councilman was elected as the Mayor. Attacking the hate campaign of Donald Trump, Ravi Bhalla said “I’m everything that Trump hates. A brown man wearing a turban, and a proud American with the know-how to stop his assaults on our country’s values.”

Speaking of his religion, he said “I would say that there is no conflict in this country between being a Sikh and being a successful American. I think it’s important for Sikh children to realize that they should have pride in their faith and know that in this country, the sky’s the limit. I hope as mayor, I can present a positive image of Sikh to the general public and I hope that it will make it easier for young kids in school.”

“It means the world to me. The idea that I can uplift people, whether they are young people or older people in the Sikh community, and instill a sense of pride,” he said speaking of the Sikh community in Hoboken. “This is in a way a victory for the Sikh community as a whole in that it creates an opportunity to present a positive image for Sikhs in Hoboken and the rest of the county.”

Ravi Bhalla defeated six candidates, including De Fusco who is openly gay, members of his slate James Doyle and Emily Jabbour were also elected to the Hoboken council.